I Think Our Son Is Gay: A Sweet And Heartfelt Look At Family And Growing Up Gay

There are a lot of experiences that are universal in the LGBTQ+ community, coming out being one of them. The catch is, coming out is an immensly personal journey, and often comes coupled with a long period of denying your true self and hiding your light from the world.

While there are a lot of coming out stories out there, there aren’t all that many told from the perspective of the family members, and fewer still that execute them in an accepting and supportive way. Enter I Think Our Son Is Gay by Okura, an excellent little manga published by Square Enix Manga. Staring life as a web comic on social media, this is a story that more people need to read, so this week on our trip down the Otaku Rabbit Hole, let’s take a look at this sweet little manga and see what all the fuss is about!

The story centers on your typical Japanese family unit, the Aoyamas. While the father is usually working away, mother Tomoko and her two sons, Hiroki and Yuri, live their lives in typical mundane fashion. The only difference is that Hiroki, the oldest son, is very much gay. While he does everything he can to try and hide the fact, Hiroki is a VERY bad liar, and it’s not uncommon that he slips up talking about his ideal future boyfriend or ends up staring at attractive men, much to the amusement of his mother.

Considering the culture of Japan, where its not uncommon for those in the LGBTQ+ community to go their whole lives without coming out, it would be very easy to make Hiroki the subject of mean spirited jokes, or to poke fun at his sexuality, but this manga never crosses that line. Instead, Tomoko is always wanting to support her son and his future, amplifying his light and offering advice where she can, while allowing Hiroki to process his likes, dislikes and identity in a safe space, and quite honestly, it’s so refreshing to see stories like this.

This first volume has a number of sweet, funny and uplifting moments where Tomoko sets out to learn more about her son, and defends him against the the harsh sentimentality of others around him, including his well meaning, if a little misguided father, who parrots the same old outdated sentiments that many of us grew up hearing.

In one particularly poigniant scene, Hiroki’s father talks about the future he’s invisioned for his son, involving a wife and kids, leaving Hiroki feeling more than a little deflated. The internal confilct here is heartbreaking, as it compounds his feelings of self loathing and guilt at not being able to achieve his father’s expectations, while also not feeling comfortable enough in himself yet to be his true authentic self. It’s an incredible moment that’s as impactful as it is important to convey. But before that spiral of self-loathing can truly manifest, Tomoko is on hand to give her son a well needed hug. It’s a small moment where, without a word, she tells her son that everything is going to be ok.

It’s this moment that encapsualtes what exactly I Think Our Son Is Gay is all about, and that is unconditional love. Tomoko and Yuri are there for Hiroki and never seek to embarass him. Instead they misdirect and help him maintain an environment that he’s happy with, all while supporting him through thick and thin. It’s a warm family unit that is accepting and willing to learn and grow for the sake of those they love.

With all that being said, thanks again for joining us on this week’s trip down the Otaku Rabbit Hole, and we hope you’ve enjoyed your time here. If you did, that’s amazing, and please consider sharing. If you didn’t, then please get in touch and let us know why. We would love to hear your thoughts! Thank you all once again and, until next time, keep it weeby everyone!

DISCLAIMER: ALL CREDIT FOR THE IMAGES USED IN THIS REVIEW IS GIVEN TO THEIR RESPECTIVE OWNERS. 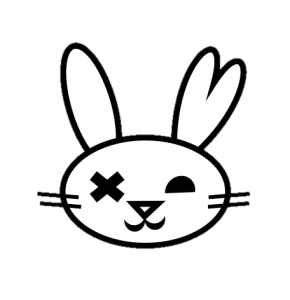